On Sunday morning we jumped off the path and took a field trip to Orviedo.

Orviedo is an  important city in the history of the Camino de Santiago because it is the start of the Camino Primitivo or the “original” pilgrimage route.

Orviedo is the capital city of Asturias in northern Spain. King Alfonso II  (also known as Pius King Alfonso the Strong ) was allegedly the first person to walk to Santiago de Compostela.

Alfonso was the King of Asturias when the bones of St James were unearthed and he went to Santiago in 814 to verify this miracle.

His first steps were from the Cathedral of San Salvador as they are for pilgrims today. 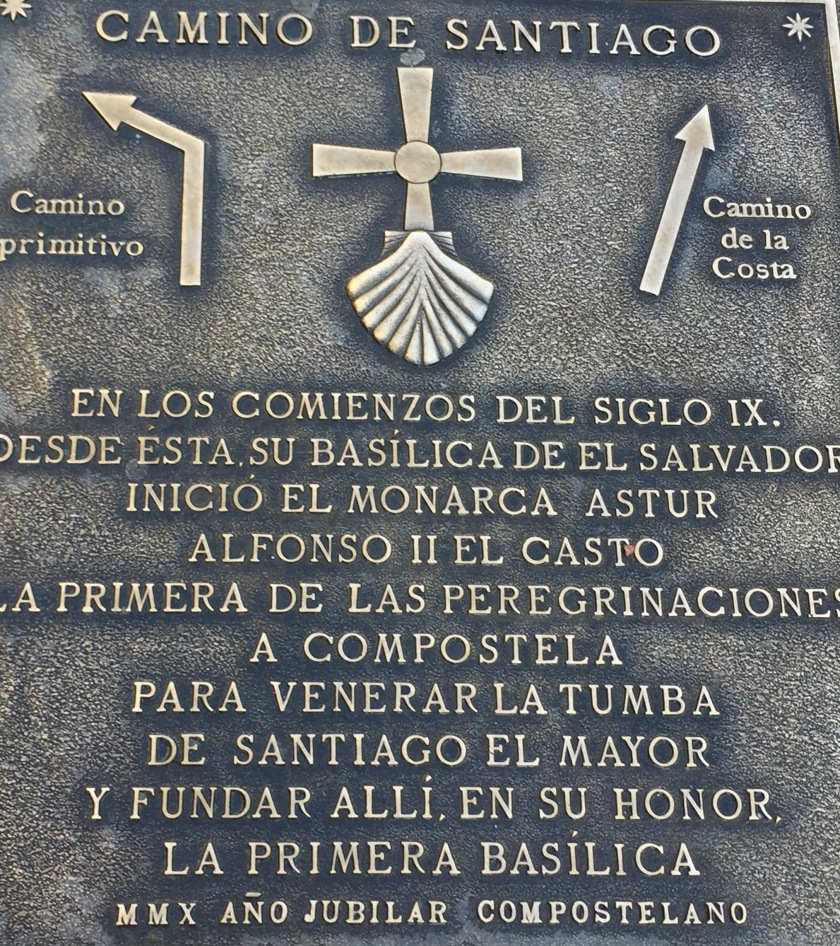 His route known as the camino Primitivo or “original” route follows his identical path to  Santiago. It is said to be the most difficult of all the paths.

The Camino Norte and the Primitivo join in Orviedo.  Pilgrims have a choice which route to follow, whether to stay on the coastal route and go through Galicia to Santiago or to head over the mountains to Santiago. We weren’t sure which route we wanted to take. But we were sure that we wanted to see Cathedtal  of San Salvador in Orviedo. 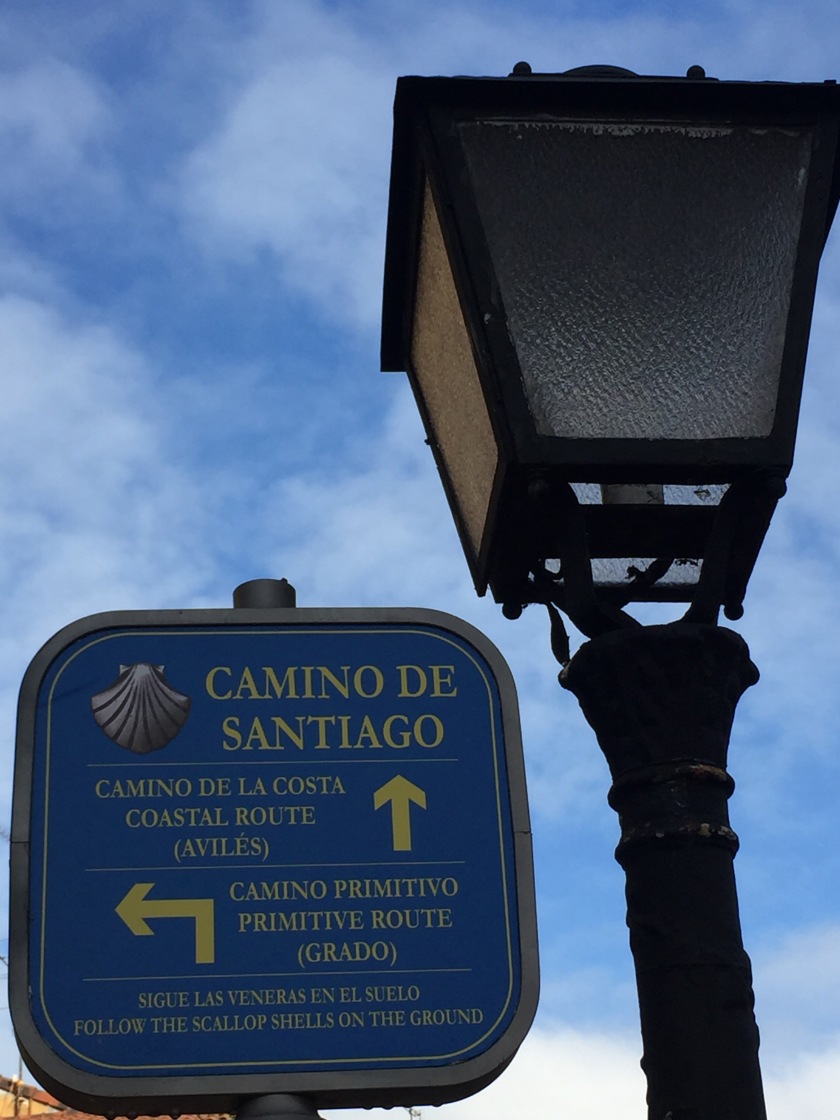 King Alfonso is alleged to have said,  “He who goes to the shrine of Santiago and does not go first to the Church of San Salvador visits the servant and not the Master. “.

Good advice to this day.

A church has been on this site since the mid 700s. The father of King Alfonso built the first church. It was destroyed by the Moors and rebuilt and enlarged over 500 years and even restored in the 1300s. It is said to have one of the finest interiors in the world so we were anxious to see it.

We were not disappointed

This cathedral is superb. From the second we walked through the doors we were swept away by its beauty and power. 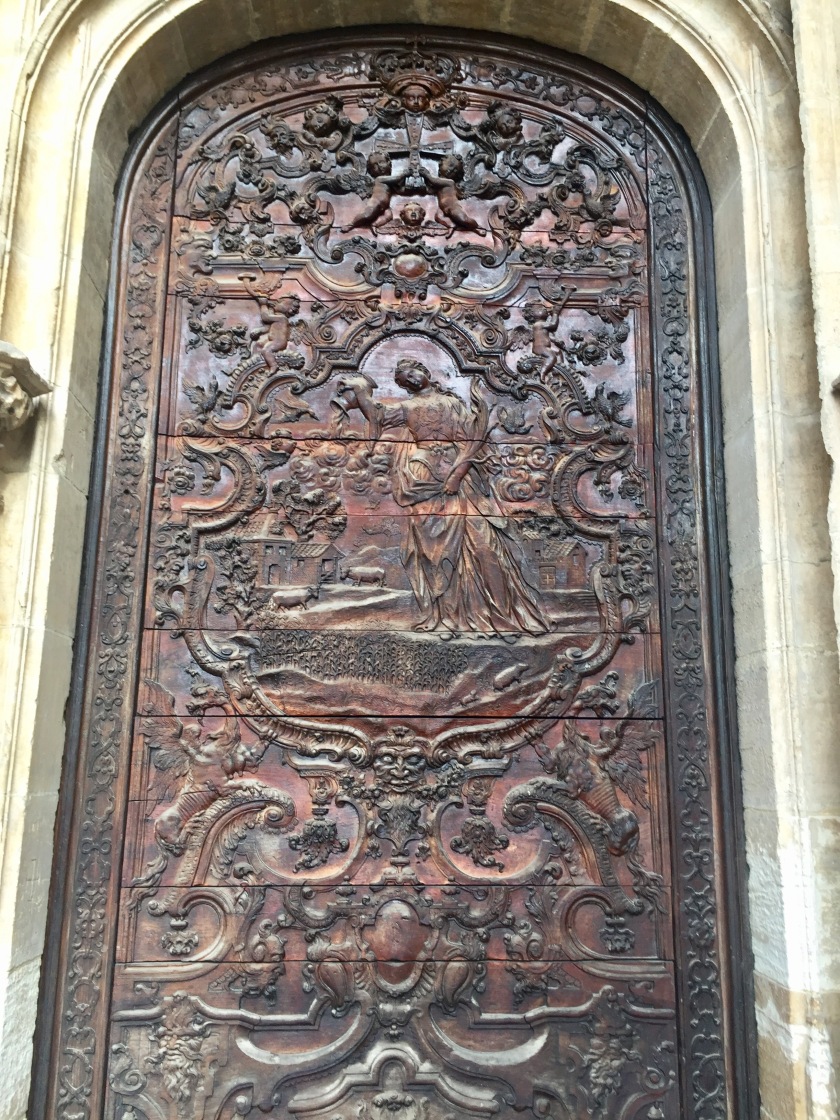 Inside, after our initial look at the reredos, we were led on one of the best ever audio tours of the cathedral, each of its ten chapels, the Holy Chamber, the museum the cloister, and various shrines. The guide was interesting, clear and in English, but our eyes were our best teacher. 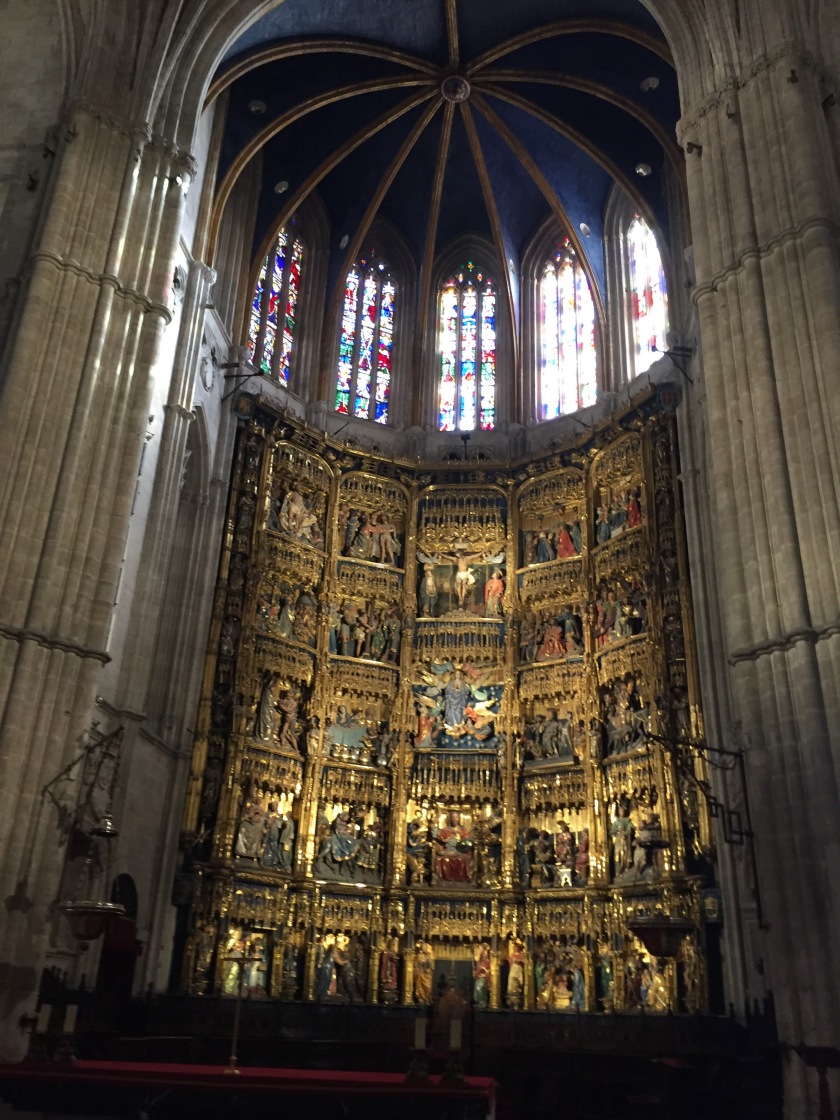 Below is a small sample of what we saw.

Holy Chamber where the Sudarium (cloth covering the face if Christ in his tomb) and other relics are kept. 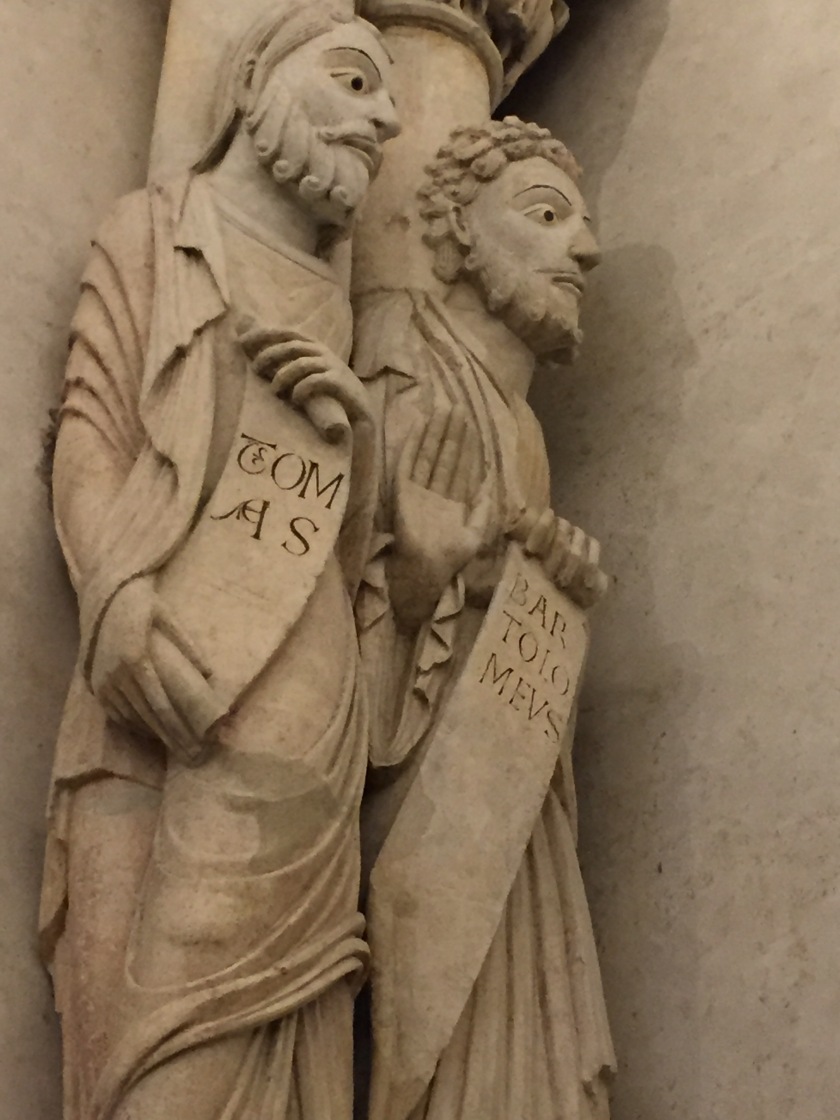 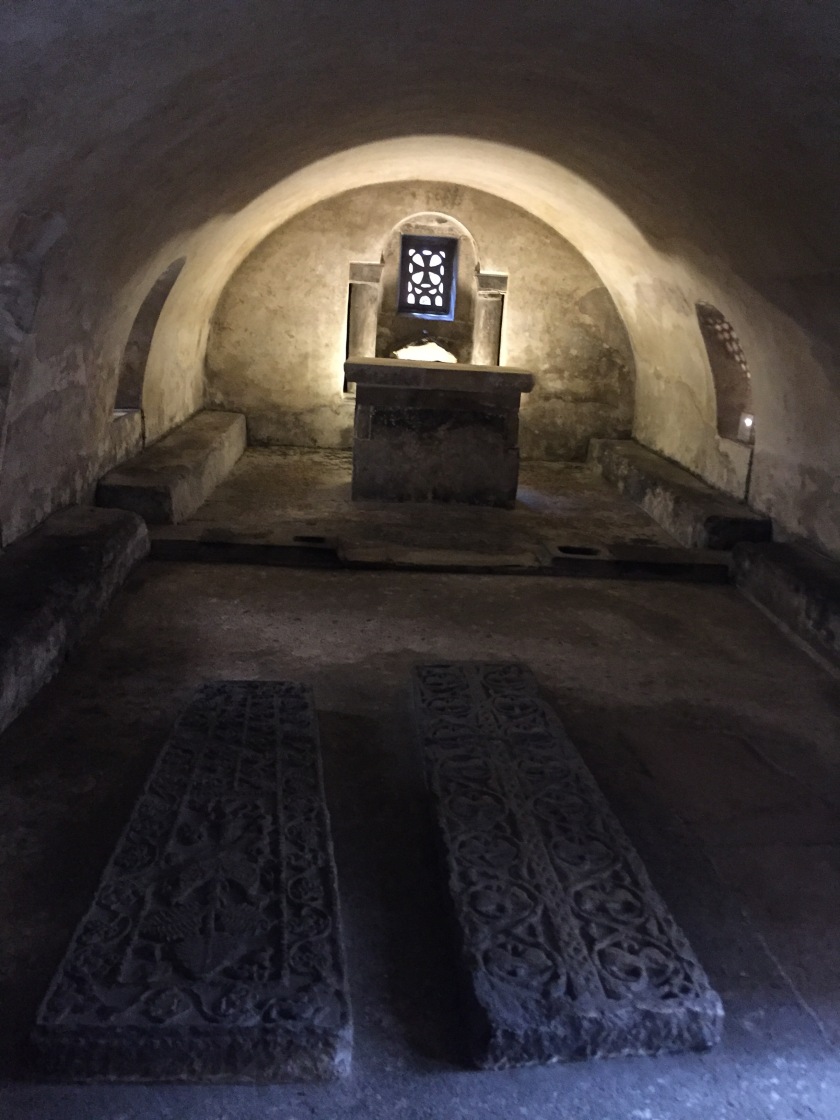 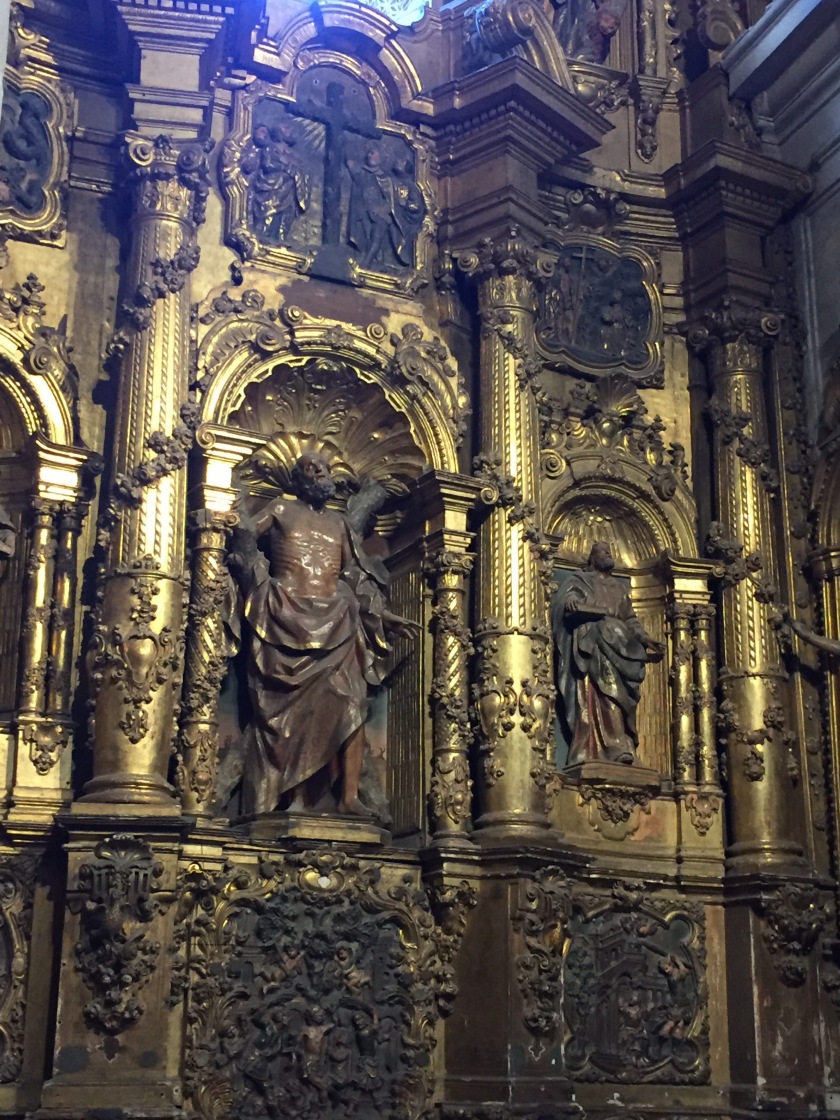 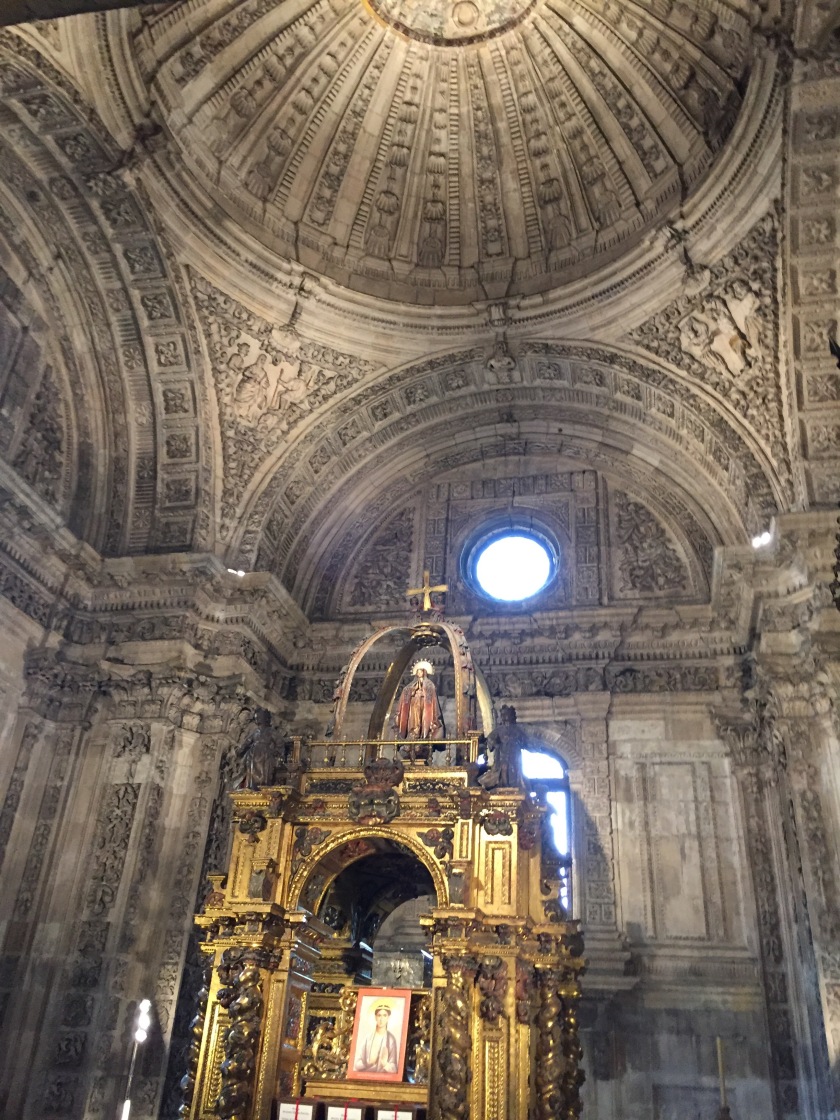 And one last look at the reredos.

Final  thoughts on this Cathedral. We have a building started by the father of Alfonso II the first pilgrim to Santiago. Twelve hundred years later pilgrims are still taking their first steps from this church to Santiago de Compostela.

We have a reredos carved five hundred years ago  depicting the life of Christ. Originally  carved as a teaching tool for  the uneducated it is still teaching Christians today.