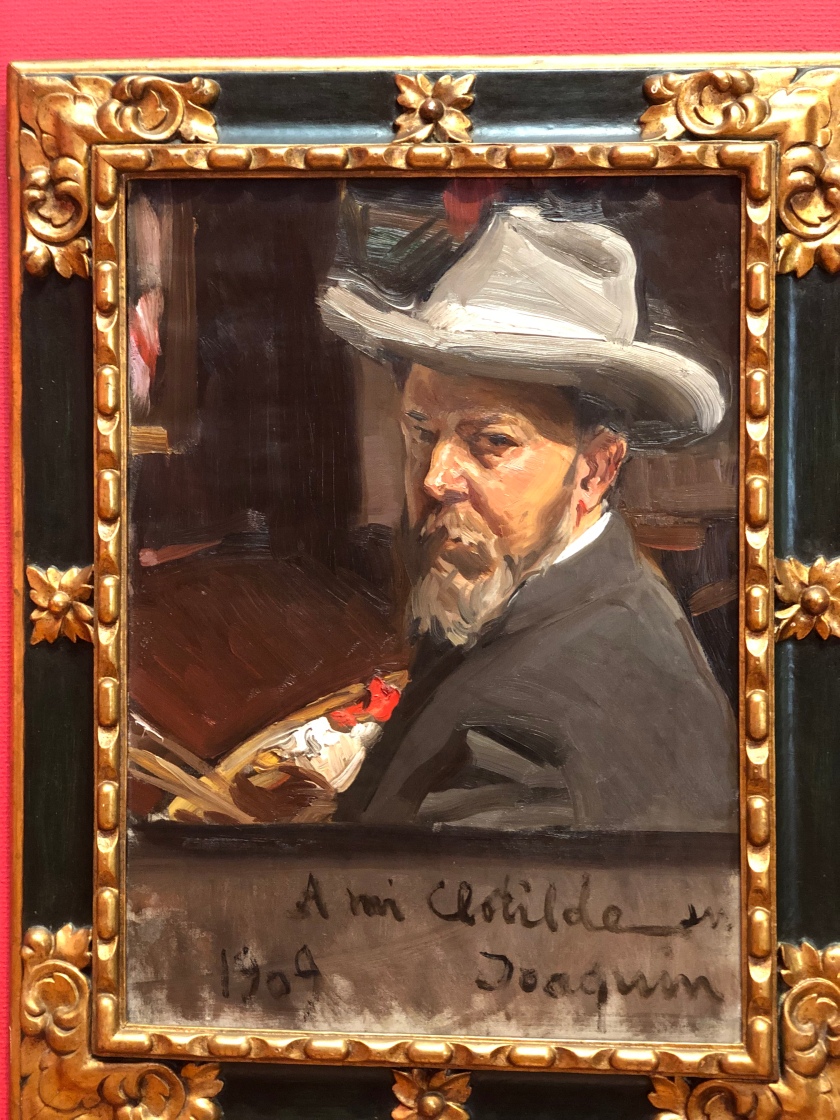 I was a Spanish painter known for his family and society portraits, his landscapes, primarily at the seashore, and his historical and social subjects.

I first encountered his work two years ago at a temporary exhibit at the Thyssen-Bornemisza Museum in Madrid.

The exhibit entitled Sorolla and Fashion 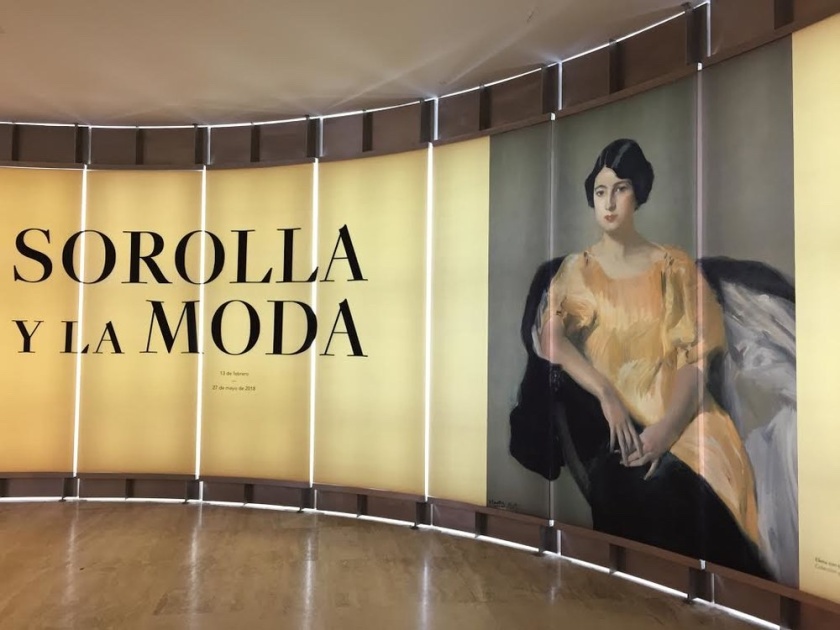 was a beautiful exhibit showing Sorolla’s paintings along side the fashions of his time which he painted with meticulous care.

In some instances, we were shown the clothing actually worn by the sitter. In others, we saw similar dresses from the same period. For a lover of painting and fashion, it was pure heaven. 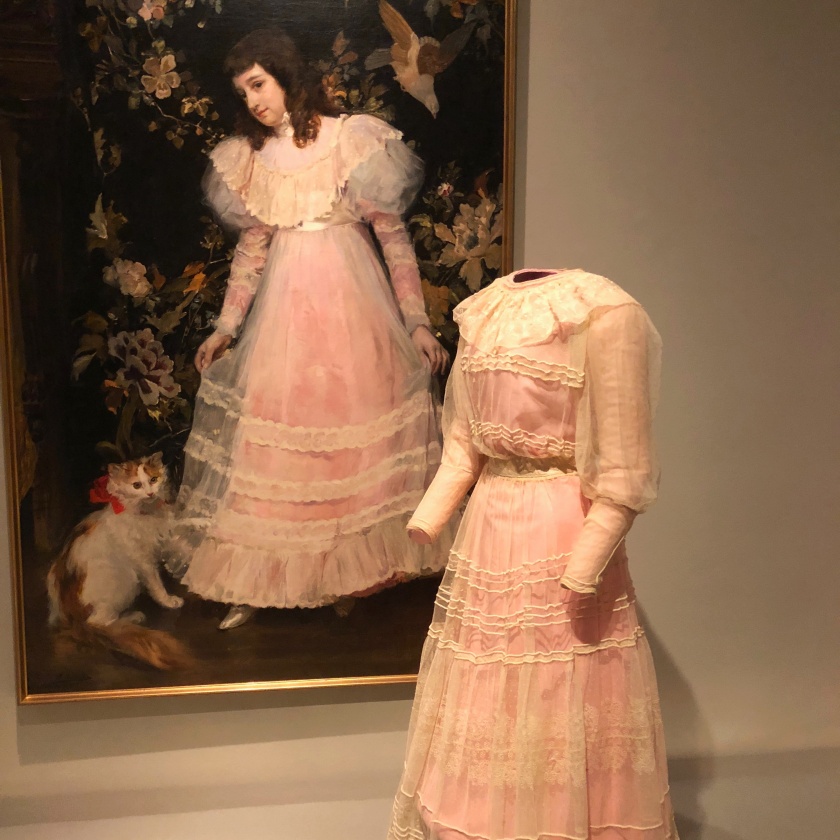 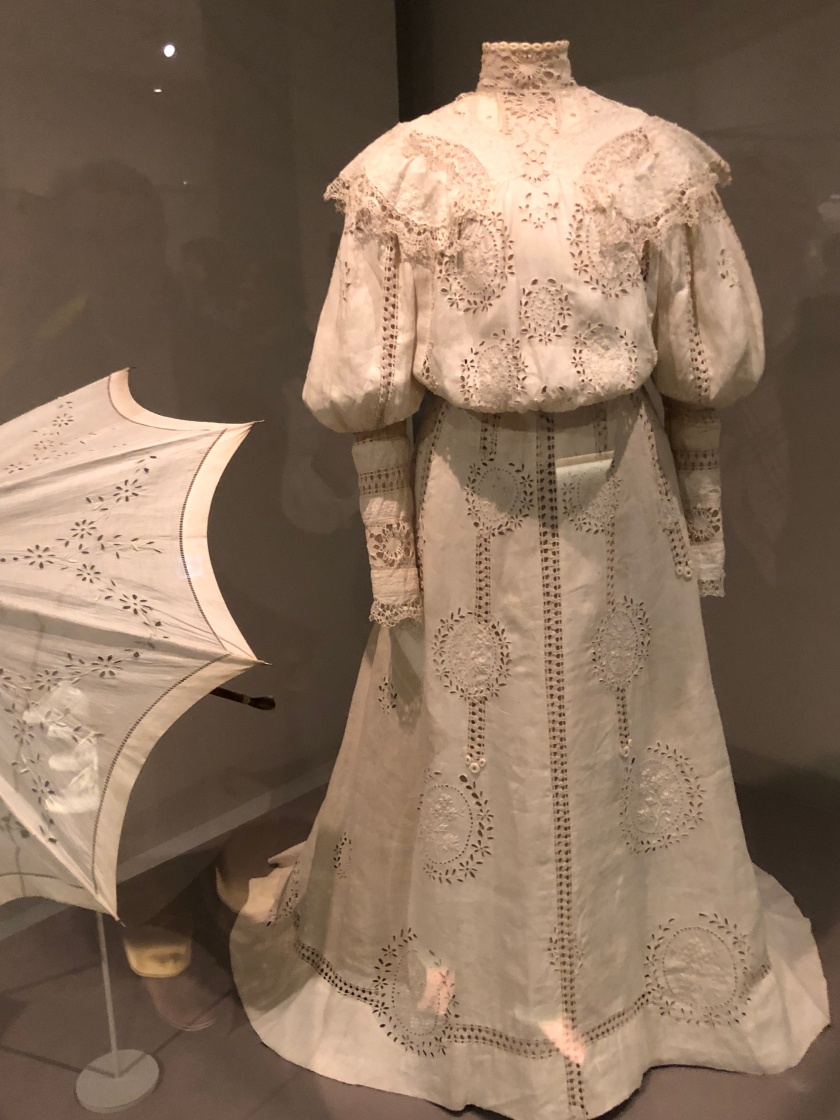 The clothes and the paintings were sumptuous and their similarities to John Singer Sargeant left me wanting to know more about Sorolla.

When I discovered that there was a Sorolla Museum in Madrid, I was determined go and see it.

The fact that the museum was his former home and studio and that it had the largest collection of his paintings in the world, only increased my desire. The mention that the gardens were beautiful didn’t hurt.

On two subsequent visits to Madrid I failed but today it was at the top of my to do list.

The museum is in the Chamberi neighborhood, not far but just far enough so as not to be able to walk. But two subway changes, a short walk and I was there.

The rooms of the museum, which was left to the State by Sorilla’s widow, contain most of the original furnishings and family momentos. Holy statues share space with paint brushes and one is able to see where Sorolla met his clients and sold his paintings.

In his time the walls were covered with unframed works he hoped to sell. 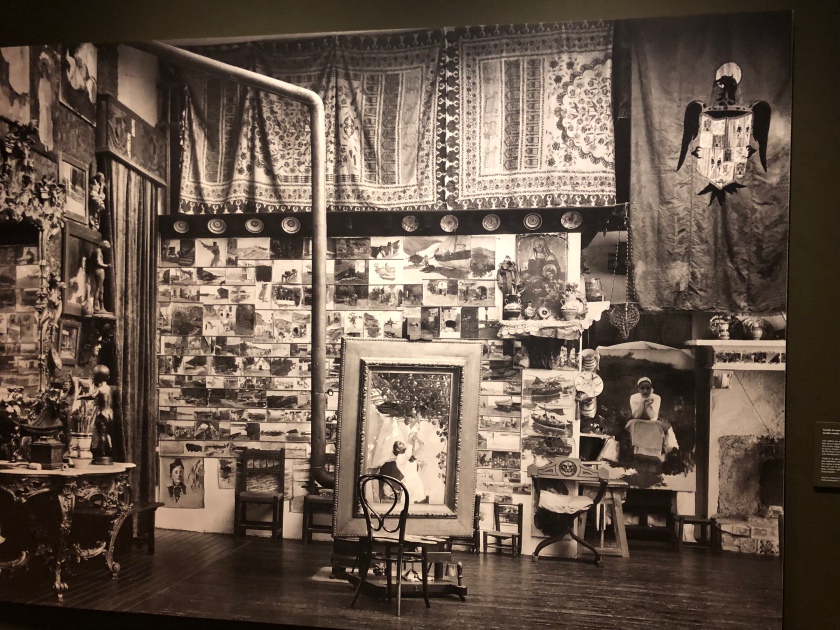 Evidence of this is still visible today in rooms filled with small paintings that Sorilla produced in large numbers for shows throughout Europe and America.

In fact it was in America where he was awarded one of his earliest prizes for Another Marguerite which now hangs in the Washington university Museum in St. Louis, Missouri. 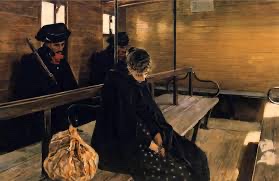 Room after room showcases the genres for which he was famous. 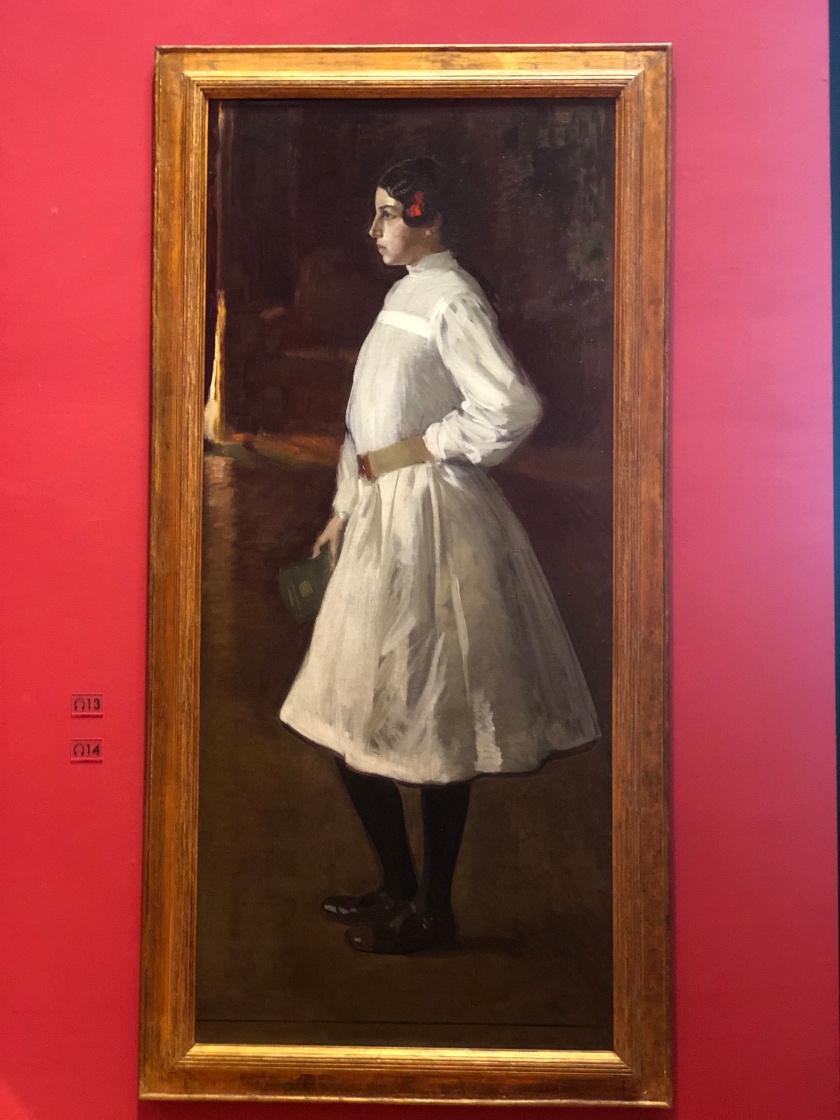 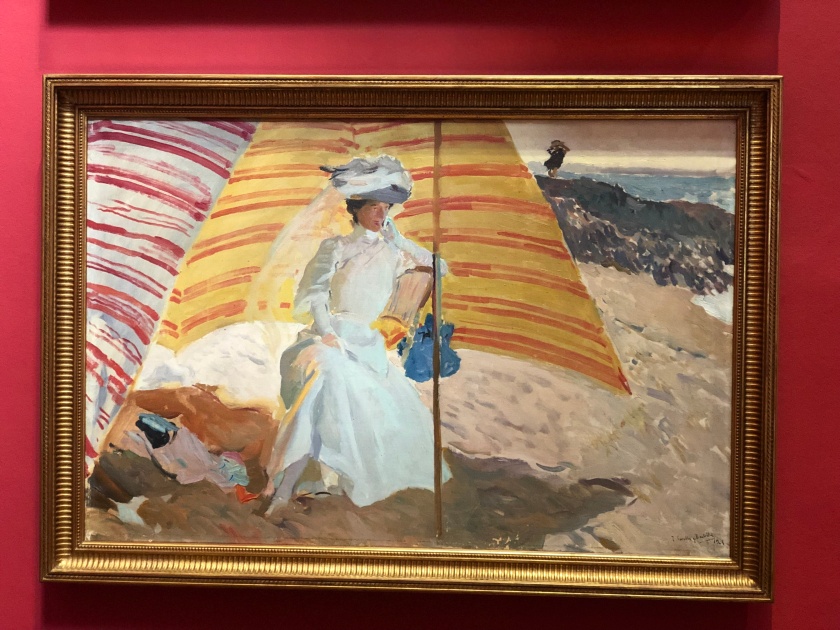 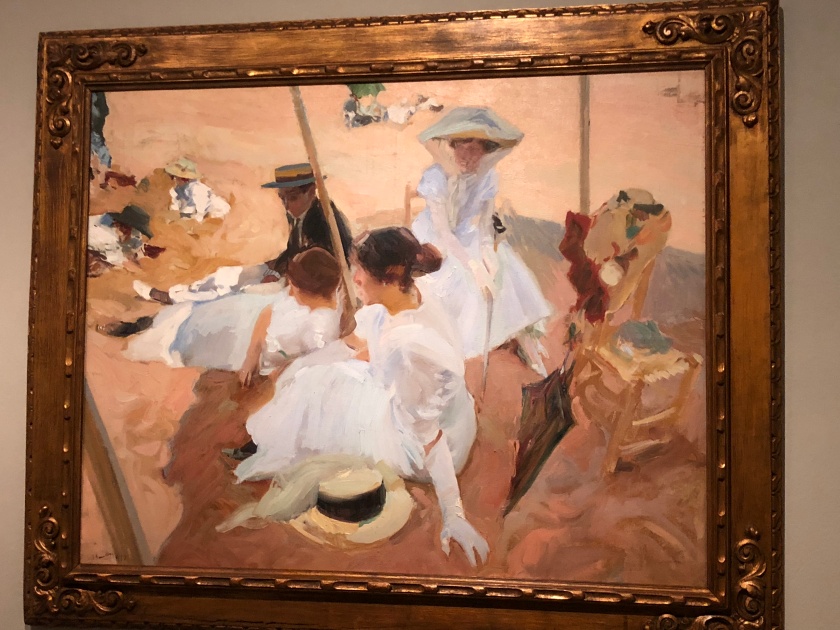 I spent a wonderful afternoon there. Maybe I felt right at home in a place where every inch of wall space is covered and there are so many treasures on every horizontal surface as to make a cleaning lady cry, but I loved it.

Go, by all means, go to this museum. Get to know this painter. But a word of caution.

Leave the Tic Tacs at home.

Trying to get the phone out of my pocket to take a picture, I dropped a new box of tic tacs. As it shattered what seemed like thousands hit the polished floor like marbles.

Visitors found sudden interest in the painting nearest them.

Guards came running from every direction and glared as I crawled around for what felt like an hour picking up every single one.

I didn’t get thrown out but after that I had my own personal guard who shadowed me as though I was a cat burglar.

Still it was worth the embarrassment. Don’t miss this little gem of a museum.